Avoca became a centre of educational innovation under the 43 year leadership of A. A. McDonogh up to 1934 and then Cyril and Cerise Parker, between 1935 and 1962. The Parent Teacher Association, founded in 1940, was probably the first organisation of its kind in Ireland. The Parkers pioneered the use of assessment tests for pupils. They developed programmes for sex education and nature study. Musical appreciation and art were permanent fixtures in the curriculum. Indeed, ‘Manual Instruction’ and ‘Domestic Economy’ are both on the Avoca curriculum as far back as 1906. 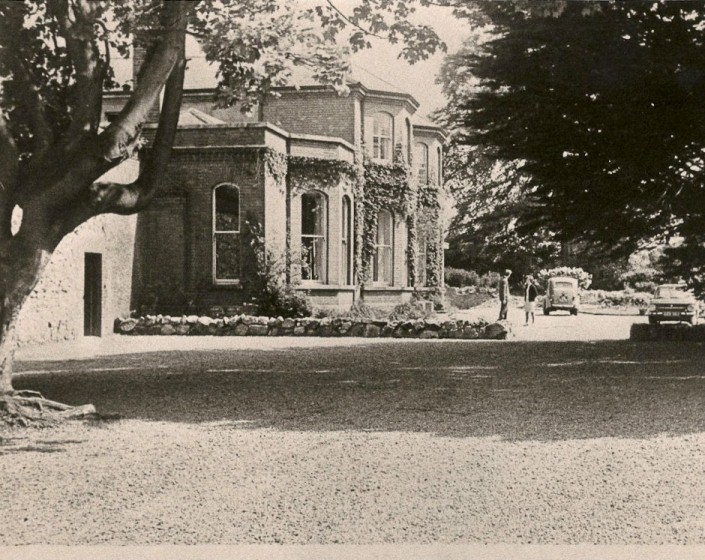 After the death of Cyril Parker in 1962, Michael Classon took over the ownership of the school. He embarked on an ambitious programme of expansion which led to an increase in pupil numbers, a merger with Kingstown in 1967 and four years later, the foundation of Newpark.

The changes were dramatic in the early years of Newpark Comprehensive as, with new buildings, it grew to a population of over 800 students. Curriculum innovation was very much part of the development of the school under the Principal John Harris, with the support of Michael Classon as Deputy Principal. Newpark pioneered many new schemes including Team Teaching, the development of cross-curricular links, Transition Year and even a pre-university 7th year.

The 1972 buildings did not last the test of time and from the early 2000’s there were efforts made to look for improved accommodation for the school. This finally came to pass in 2015, the school moved into the current buildings, designed by local architect Martin Mc Kenna, the new buildings provide a degree of space and comfort appropriate to a modern school in the 21st century. We haven’t lost our links with the past as the old school building was refurbished as part of the new development.

Newpark embraces the past as well as looking to the future, our ethos hasn’t changed significantly in over 120 years and we remain a school committed to innovation and improvement.